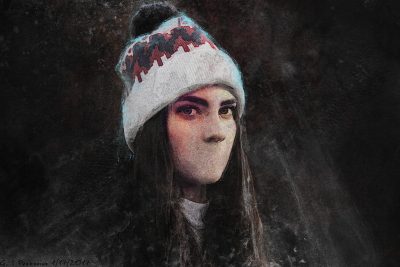 In the last blog, I wrote about some of the things that have been on my mind over the past months. I shared that I had seen a fence with an unlocked gate and how this had caused me to feel unsettled. I ask that you go and read this first blog and then come back to this one.

It is not just the absence of a lock on a gate that is concerning me. It is that anyone who wants a lock on their gate, is being shouted at and laughed at. Why is it that the desire for morals and boundaries are being called out for something they are not?

Within the LGBTI community there is an almost cult like dictatorship forming that is both dangerous and destructive. Anyone within its ranks who would speak out or change their desire to be within its ranks, is punished for both speaking out and speaking against the community, or leaving.

One dictionary describes a cult as this –

a: great devotion to a person, idea, object, movement, or work (such as a film or book) criticizing how the media promotes the cult of celebrity; especially :such devotion regarded as a literary or intellectual fad

b: the object of such devotion

c: a usually small group of people characterized by such devotion the singer’s cult of fans The film has a cult following.

This points to one thing – an intolerance to others and a control over those that wish to say differently.

Over the past weeks I am concerned at the level of hypocrisy in the media in  not allowing equal air and print time to those that speak out. It seems to me that the media either fear the LGBTI community or are part of the cult like behaviour.

The media went so far as to cancel a Father’s day advert because it they didn’t want it to air while the SSM debate was on. What??!! Dad’s do a wonderful job, and they deserve the recognition of being a dad. Why was the recognition of dad’s not important?

At the start of this debate, there were many who were saying that they were concerned that the LGBTI community would be bullied and harassed by Australians. This has proven to be the opposite. The physical violence and intimidation shown by members of the community on the “yes” side has been frightening and all too familiar lack of correct reporting by the media.

Yet, with all this the media have been saying this – that by simply giving the information to people to make an informed decision by the “no” side is apparently abuse. Also, advertising provided by the “no” side is the violence committed against the “yes” side. This makes no sense. Is it the freedom to object now to be the new form of abuse committed by those that wish to disagree? Is this the formula the way of assessing abuse and intimidation? Are Australian people now not allowed to show that they object to something they disagree with?

Welcome to being a Christian.

For a long time I have been aware that as a Christian just the freedom of objecting is being taken away from me. It is only been recently that I could object to smoke being blown in my face, I can’t object to bad language, I can’t object to my children being taught sex education or evolution and I can’t object to a teacher telling my child not to hold a door open for a female class mate because it is classing women as weak. I can’t play my Christian music out aloud because I am (apparently) shoving my beliefs in someone’s face. I can’t share what God has done for me. I can’t share that God has healed me.

You are being ridiculous, you say. Am I?

I want you to think how the Aussie way of talking has changed. We can’t laugh and joke about anything without being in trouble for something. I could once speak freely about my faith and people would at least give you the courtesy of a listening ear.

It is not clear yet, but it will be, how damaging the laws are that are being introduced into our land. Laws to do with freedom of objection and speech …and religion. The effects have not yet really hit the average person yet.

“You are being an alarmist?”

You can only go by what has happened overseas to other countries. The proof is already there.

“You are just trying to scare people?”

“You are just concerned for yourself as a Christian.”

Mmm… yes. It will hit Christians first, as we are the ones that that are being blamed for being the wet blankets. But it will change things for you too.

People in Australia like their ability to control the environment where they live. They like to have a say on how their children are brought up and how they live in their own home. They scowl at someone telling them how to live. They like their boundaries and fences. When the laws change that go beyond basic reasoning and common sense, morality, and the protection of the innocent ones in our society, then the fences erected to protect the people from cultish behaviour are trampled, breached or broken down.

Thank you for reading this blog. Please stay with me as I cover the subject further in the next blog. Be blessed.