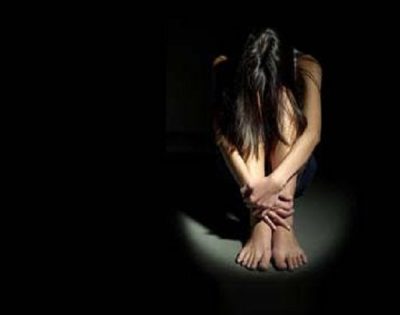 (Domestic Violence is an issue very close to my heart. Tomorrow (the 25th November) is White Ribbon Day. It is a day where men encourage other men to not be violent, and not be silent about abuse that happens around them. It is about encouraging men to Stand Up, Speak Out and Act.)

Thirty years ago, I hung on to the handle of a car and prayed for my safety.

My boyfriend at the time, was a ‘petrolhead’, who loved fast cars and fast relationships. He was, at the time of my terror, driving his hotted-up car at full tilt up a windy narrow road to the top of a mountain. It was well after 9PM, and, most of the time, the car we were in went sideways around the corners and really didn’t straighten up to go around the next corner. The screams in my mind did not reach my lips and not a sound came out of my mouth. With his eyes on the road, he hooted and then switched off his lights and yelled over the noise of the car engine, “Don’t worry, I do this so that I know who is coming down the mountain. They will have their lights on and I can see if they are about to come around the corner.”

Despite the fact that that young man could have taken my life that night, and possibly the life of another person coming the other way. I never stood up for myself, or others and told him what I thought of the situation in which I had found myself.

When we got to the top, I should have stepped out of the vehicle and called a friend to pick me up. But no – I stayed in the car, the relationship and the fast lifestyle until he dumped me for another woman.

A year later, I entered another relationship, and for the next fourteen years went on the next wild ride – one that included physical, mental, emotional, and sexual abuse. I hung on for dear life and prayed for safety, respect, and love to be mine. The screams of heartbreak and terror reached my mind but never my lips. The bruises faded and my heart broke while silent tears slipped silently down my face. On odd occasions, I would speak, but then be terrified that my husband would know of the ‘betrayal’ I would bring to our lives.

Despite the ‘ride’, I stayed hanging on for grim death to the handles of my failing marriage and ignoring the damage I could do to myself (and later, my young child and the unborn baby in my tummy) and did not move to change the situation I was in.

I was too scared, too unsure of myself and too certain that it was because I was to blame. The same voice of uncertainty that thought that I was silly to make a fuss over a fast ride was the same voice that told me I was to blame for my husband’s anger.

The home I had grown up in was the same that I was in now. Yes, I was not a good wife. I was just like my mum – disobedient, rebellious, stupid, and unable to be of any use to anyone… or so I thought.

My strength, I believed, was in being a hard worker; strong in muscle and able to do any task set before me. Even if it meant working like a man. I was proud that I was independent and strong. The conflict of what I thought I was, was too difficult for me to see and the pretence too hard to live up to.

The inability to stand up for myself at home, started clashing with the job I had at the time. As a Security Guard, the assertiveness I was learning did nothing to change what was happening at home. The front I held onto as a good, religiously faithful wife, as a Salvation Army soldier and a no nonsense Security Officer, became a non-identity in the relationship with my husband. It slipped away to nothing as I stepped into my own home, silently falling like the dirty clothes I took off at the end of the day.

The few friends I had, could do nothing for me as they were sworn to secrecy. Slowly, I allowed the Salvation Army ministers and my doctor to know, but they could not do anything while I silently and passively allowed myself to remain in brokenness and rejected the help they offered.

Silently, I screamed for help and hoped that the bruises or the pain would be noticed and that someone would come to my rescue, while rejecting the people who came my way, regardless.

Silently, I cried myself to sleep and hoped that someone would count the tears on my pillow.

Silently, I covered up for my husband’s outbursts in public and covered the marks that hid his private outbursts.

Silently, I blocked anyone from seeing what he was like, as if it was my fault anyway.

Men who knew, said nothing as they watched, not knowing what to do without causing me more pain. No-one knew how to fix my private pain.

One day, I backed away from his swing, then caught the eyes of my toddler son whose face mirrored my terror.  His mouth was open in a scream – but silent…just like mine years ago. I ran over to him, picked him up and carried him into the room and locked the door. The baby in my tummy stopped moving and silently I prayed that he was okay.

From that day forward, I took steps to never be silent again.

I challenged the views I had of myself, I fought for my safety and I spoke to others of the hidden life beyond my public persona.

I fought the lies that were told to the world. I was not bi-polar, I was not emotionally stable. I did not have multiple personalities or post-natal depression. I was not a stupid person, who was clumsy and difficult.

I was me… and the me that I was getting to know was better than the ‘me’ he said I was.

People who are in abusive relationships need help, but they are seemingly unaware that they are not to blame, that there is a way out, and that they can get help. The world they reside in, and the conflict within the relationship, are emotionally and mentally overwhelming.

The education to know about and to avoid such relationships was not available to me as a young woman. The help for women like myself, was not talked about. Domestic violence was not openly spoken about in my circle of friends and acquaintances.

And the community support was not readily available should I need to move out of our home quickly.

There was one other thing greater than all this.

I, myself, did not think I was worthy of the respect, worthy of better treatment, so I went into the relationship and I stayed.

I remained the victim, until I chose to be a survivor.

Saying ‘No’ to violence starts within the hearts of average Australians – every person. Every man, every woman, and every child. Everyone is worth something to someone. Saying ‘No’ is the start, acting and speaking is the next start.