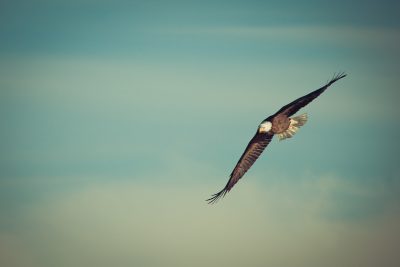 I have had many varied reactions from people on the subject of forgiveness. For many it can be a very touchy subject.

A few years back, I had a very elderly woman (Christian) stand in front of me and with her fury on her face tell me that she “would never forgive ………. ( a certain person)!”. The fury on her face and the anger in her tone took me by surprise and I almost took a step back.

We have all had to forgive someone for something that they have done to us. We have all had more than one instance where we have had to ask someone to forgive us. Yet I am fully aware that there are people, that have suffered at the hands of others in such horrible ways, that the mere thought of approaching them about forgiveness would almost seem inappropriate.

Years ago, I was praying and I felt God direct my heart towards someone who had years before hurt me very badly. As soon as my thoughts went in that direction I felt the anger rising and all I wanted to do was to ask God to destroy them. Like a lightning bolt immediately in their direction!!! I fumed and burned with anger and rage. All the while trying hard to be really nice in what I said to God.

No, he was serious. My mind churned and I felt physically sick.

The Holy Spirit went on to flood my thoughts with the concepts of what forgiveness was.

Forgiveness is a forever thing. Once I forgive, it must remain in that place. Yet our human minds like pour over the albums of “past hurts” and it is quiet easy to do so.

Some of us have physical scars that show us that someone once upon a time, inflicted us with a physical wound to go with emotional pain. For some it is words, spoken careless words that Satan uses to make our lives a misery. For others, it is private personal pain that brings thoughts of deep, deep, betrayal.

Forever is a long time in our minds. No one should get way with wrong doing. Right? And by God asking us to give it to Him FOREVER is a bit much, right?

Why forever God? Why?

The religious way would be to say, “because God forgave you forever.”

Yes, but tell that to someone who has lost a loved one to a drunk driver, or to a murderer. Tell that to someone who was brutally injured or raped by someone, or was violated at a young age by someone they trusted. Yes, forever seem a long time to be let off the hook. Surely these types of people do not deserve any forgiveness from us, especially the forever kind of forgiveness.

God really needed me to understand that when I did this, it would be forever. That was the cost He was asking me to pay. It was the same as a sports coach is letting you know the physical cost of being an international athlete. Without this knowledge, it would only be a surface commitment that I made to the forgiveness “thing”.

After showing me that it was a forever thing, He then showed me that it was really, really good for me. He needed me to forgive for my sake. He knew it was burning inside me, it would eventually make me mean, hurtful and reactive.

Anger, hatred and bitterness has a way of rotting you from the inside out. I read a quote once and I believe that it is by a person called Hamant Smarty and it goes like this, “Forgiveness doesn’t excuse their behaviour. It prevents their behaviour from destroying your heart.”

Anger will churn you until you are sick, bitterness with mess with your head, unforgiveness will keep you remembering the injustice of it all, and hatred will give you no peace. One thing that I have noticed is this – unforgiveness and anger will change your face and bring hardness to your eyes.

It will keep you attached to the person – forever! A quote from Dr Caroline Leaf – “forgiveness disentangles you from the people that hurt you so they can’t hurt you anymore.” I recently watched a speech where she explained that when people forgive there is something that actually happens in their brain. It was amazing to watch her talk about this.

God has wired our brain not only to be forgiven, but to forgive others. Our bodies were not meant to carry the burden of unforgiveness. It messes with us, and will destroy us, physically, emotionally, mentally and spiritually.

Because God forgave us

It might be almost a “throwaway line”, but it is true. We want God to forgive us. We want Him to never remember it again. We want Him not to bring it up every time that we speak to Him.

Apparently, we don’t have to forgive others.

There are a few passages of scripture but this is the one that always spoke to me. It is a parable that Jesus told in response to Peter (one of His disciples) asking Him about the amount of times to forgive – “This is how my heavenly Father will treat each of you unless you forgive your brother or sister from your heart.” Matthew 18:35

It is not another rule that we have to follow, or God demanding something more. We want to be forgiven, unreservedly. So, we are not doing anything different in forgiving someone that God has not done already.

He died so that I could be forgiven. I never want to face my God, with an unforgiving heart. Do you?

If you don’t know who Corrie Ten Boon is, then you need to look it up. What she suffered at the hands of the Nazi’s in a Concentration Camp was beyond what most people would comprehend. She had a quote and I think that it fits well.

“To forgive is to set a prisoner free and to discover the prisoner was you.”

Forgiveness does that, you know.

I will repeat what I said before – “God has wired our brain not only to be forgiven, but to forgive others. Our bodies were not meant to carry the burden of unforgiveness. It messes with us, and will destroy us, physically, emotionally, mentally and spiritually.”

Be blessed as yourself free.