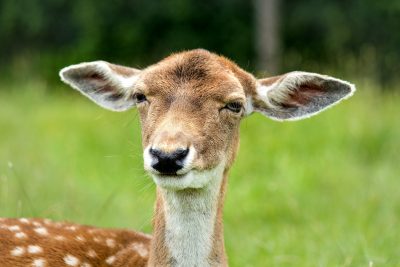 Have you ever spoken to someone and they get a look on their face that says – “What are you talking about?” and you know that you are going to have to explain yourself a bit better or speak the way they know to speak.

One of my friends who comes from South Africa, shared a story with me. Soon after coming to Australia, she was asked to “bring a plate” to a party that she was invited to. Well, she thought, they must not have enough plates for everyone. So, she bought a plate – an empty plate – to the party, and was horrified to find that everyone else was bring full plates of food. In Australia, when we ask someone to “bring a plate” we mean bring a plate of food to add to what we already have on the table.

I have another beautiful Indian friend who, when I first knew her, had only been in Australia a few months. When I first visited her, I knew she was lonely and I wanted to make her feel like she was welcomed and wasn’t alone. We would talk for a little, then I would run out of things to say that she would understand. I found it hard to speak in a way that she would comprehend. I started to take a game of Dominoes with me, and her and I would play Dominoes. We then found that we could talk about food and our children. Now we can chatter about anything, I understand her better, and she understands me better.

I am an Aussie, and I speak “strayan” (Australian). There are times that I have to watch how I speak to others around me, especially when they are not Australian. I speak differently to an American, even thought we both speak english. Being the fact that I live and was raised, for most of my life, in the Outback of Australia, there are times that I add words in my sentences that people find funny…hey? (and that is one of them)

Today I have just finished teaching Religious Instruction in one of the local schools. I love the class I teach. They are such a fantastic bunch of kids. They face each one of my half-hour lessons, with enthusiasm and they seem to enjoy my company. Today they surprised me. One young girl started asking questions, and suddenly they all were asking questions. Questions like- Who created God? Why does God stop people from dying or getting hurt?

They were big questions. I answered the easiest way I could and as simply as I could. The questions they were asking, were too big to answer in the little time I had.

In teach Religious Instruction, I have always been challenged to explain things a bit different to how I normally talk about God. I have to break it down so that they are able to grasp a language that is different to what they hear. Today the word “repent” came up in the lesson. I wrote it up on the board as part of the crossword I was doing with them and when I turned around one boy looked puzzled. He had probably never heard the word repent before. I briefly described it  as saying sorry and turning around. This happens time and time again. The material I am given to teach from requires me to translate.

Then there is another situation that I run into a lot. I was describing how some of the Old Testament kings were good and some were not. I referred to theme bad ones as being “wicked”. One of the boys in the class did a little sign with his hand and said “wiiiiccckkked!!”. Fortunately, I had come across this before, and I explained that he was referring to the slang version of what “wicked” meant – which is “exciting or enthralling”.

You see the other language I speak is Christianese. I talk about God, creation, Jesus, and the Holy Spirit. I talk about repentance, sin and Jesus dying on the cross. I speak about obedience, change and about a renewed life. I sprinkle my laugauge with faith, hope, trust and love. I speak about joy, peace, patience, kindness, goodness, meekness and the one that people find the most strange – self-control.

Sin is not a subject that is spoken of much. Children today do not know what the word “sin” is, most do not know about God or Jesus. Most adults today do not have a concept of what to do with the shame and guilt they constantly feel. The word “god” and “jesus” are just swear words and they have no power or meaning to them.

The words in the bible about redemption and God love are powerful. What about the words of hope, faith, and trust? Repentance, obedience, and forgiveness are lifechanging, yet the life-giving nature of these words and the effect on the human heart are rarely understood. Sometimes they are not even spoken, understood, and lived by those who speak the Christian language well.

If you are going to reach people today with the hope that God gives, then you are going to need more than Christianese as a language. How do you say “sin” without watering it down? How do you say forgiven without the ho-hum or flippant way that it can be used to get rid of someone from annoying you? How can you speak the words of the bible in a language that is understood?

But in your hearts revere Christ as Lord. Always be prepared to give an answer to everyone who asks you to give the reason for the hope that you have. But do this with gentleness and respect… 1Peter 3:15 NIV

Am I prepared to speak the language that will reach the people that do not know and understand? Is it will respect and gentleness? Is my language when I talk about my God easy for others to hear or is it so far above their heads of others that they will turn away before asking more?

When Jesus spoke to people while on this earth, He spoke in the way that people would understand, but the spiritual understanding behind it was not easily understood. Only the Spirit of God can reveal this part of it to people.

My heart’s desire is to see people know about Christ Jesus, and that God has loved them before they even knew about Him. I want people to know that a privilege and an honour to be alive in this world today. Being alive is not just existing from one weekend to the next but living life with joy and determination under the care and love of our God.

Right now, I feel the stretching that God does when He wants me to do something new. It started with a desire placed in my heart and a prayer.

“Help me to understand and listen, Father….”