I had a dream a few weeks ago. In the dream I looked under a house, there was a log under the house and it was crawling with termites (white ants). 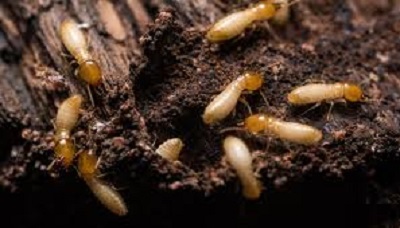