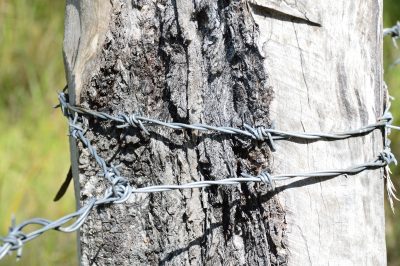 “Boundaries are not meant to control others, they are meant to be used as guidelines for you to know what is acceptable and what is not in your life.” – Sheryl Griffin (www.SherylGriffin.com)

There are often times in our lives where we are unsure of what we believe and it helps to know that there are people in leadership that may know better. When we are unjustly treated it is always good to know that the law is there to protect us.

As a Christian, I dislike injustice and I really dislike corruption. It seems we have both happening in government everywhere and the general public are being led astray.

I found this scripture the other day –

“Can a throne of destruction be allied with You, One which frames and devises mischief by decree [under the sacred name of law]?

They band themselves together against the life of the righteous. And condemn the innocent to death.”

This is my greatest concern, that we have a government that is trying to cause mischief among the people it governs.

With this vote there are a lot of questions. Questions that are not being answered and when they are asked, they are being brushed aside as being stupid and idiotic. To be able to vote, it is necessary to find out why we are voting and what changes are going to affect us, the people. One Politician referred to those that voiced their concern as being like Henny Penny.

The question we are being asked is this – “should the law be changed to allow same sex couples to marry?”

In speaking to many people about this subject they have no idea what is going to be written into law. And they are concerned that we will not know until it is too late.

Example of a situation I have found out about:

Last year I read about a law that would allow government departments and medical specialist to step in and remove new born babies off drug addicted mothers, especially where the child was in danger. In the newspaper article it went into great details of what it was like bringing these precious little ones through the drug withdrawals. My heart went out to the tiny little people and the caregivers that took them on.

But then another part of it took my attention. They also included in these laws that newborns would also be protected against going back into homes that had domestic violence. Interesting. Everyone who knows anything about domestic violence knows that women who are in domestic violence situations are nothing like those with addictions. It is like apples and oranges.

So, the question need to be asked – will they also then consider children of certain religions at risk? If it was simply about laws to do with drugs and drug withdrawal, why did include other children they considered at risk? What other laws were changed because of this law?

I will leave that as an open question as I can only go on the newspaper article and what was said. The point is this. It seems that instead of changing one simple part of the law, there are laws that are being changed dramatically. There are many that are saying that this will not affect the way we live. Nothing will change. Then why are their others that know what laws are in place, that are saying that the law already has changed to include same sex couples and their needs?

Why are we as voters allowing people we don’t trust (Politicians) an open chequebook to write what they like?

Going back to the boundaries thing….

My two brothers build fences for part-time income. My eldest brother once laughing said that his fences made for happy neighbours.  I grew up in Western Qld where my father was a fencing contractor. From a young age I knew the importance of good, strong fences. Cattle  soon came to the understanding that the barb wire was not to be tangled with. There was nothing worse than a herd of cattle getting into the neighbours’ paddocks and having to work out the mess that ensued.

If laws are muddied so that it allows too many arguments it seems that there is only two type of people ultimately win – lawyers and government. Lawyers because they get money off people fighting… and government that can do far more insidious stuff while it’s people are fighting and in chaos.

So as a Christian what can I do?

Fight the battles you can fight, speak up when you can, and pray… pray for our governments.

Elect people you know will not run with the pack and will stand up for all people without allowing the minority to be overlooked.

Then there is this I will add – look at your own life. What are you doing and how are you treating people that is hypocritical and unjust. Too many Christians are happy to look at what the bible (and by bible, I mean New Testament) says about homosexuality without seeing that gossip and lying are sins too.

Be gracious and compassionate, while standing your ground. Don’t be a bully.

Above all things, can I encourage you to put God first in your own personal life. Others make their own choices, but you need to look at you. If God is not first then your life will show that.

Going back to my original story about boundaries – Don’t allow those on the outside to look at your property and see that you are doing wrong. Don’t overstep your boundaries and cause trouble. And furthermore… be vigilant about your gates and fences IN YOUR OWN LIFE.

Other reading sources (this is only a few, I will add more in the following days):