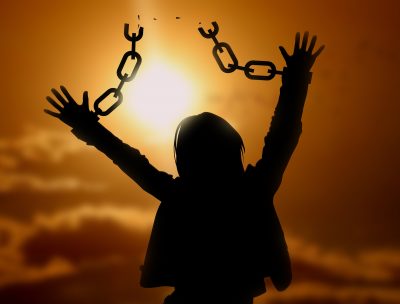 Yesterday was International Woman’s day (in Australia), I had spent the day in thoughtful contemplation and seeking God over the roar of what I was seeing and hearing. At the end of my prayer time this morning I hear the words of Moses, “Let my people go…”

Yesterday, I was horrified that in a day when we could have spoken much and used the day to bring freedom of those still suffering, the selfish cry rises from the lips of a few and that was all that was all we heard.

Women and girls are suffering horribly over this earth and we want to protest 1st world issues. My heart cries that in Australia, a land of freedom and justice, there are women and girls that are still being forced into early marriages, receive “necessary” beating from their husbands, they are being sold into slavery and not treated like human beings. We have women who are being murdered, beaten, raped and considered less than human simply because they are female.

There is in some countries where being a woman and being a Christian means death, slavery, degradation and hopelessness.

While some would scream that it is the fault of man –  I would say that it is a human fault.

I found a quote by a British Poet and Philosopher, Matthew Arnold, and I think it would do well to add this to our thinking –

“If there ever comes a time when the women of the world come together purely and simply for the benefit of mankind, it will be a force such as the world has never known.”

From information that I have gathered today, in 2014 the population of women in this world was 3.52 billion. At that time women made up 49.6 percent of the world’s population.

This is our numbers in spite of female infanticide still practiced in countries like India and China, as well as sex-selective abortion where a female baby in the womb is killed due to the fact that it is female and not wanted. It is also inspite apporximately 33 women (per day) across the world dying during childbirth.

If we make up 49.6 percent of the population, isn’t it time we came together for the benefit of mankind and become the force for change?

Better still, if you had 51 percent of this world (men and women) that would care about the needs of each other we would be a society that would not need to talk about change, we would be changed.

We are the answer to each other, to the world and to new changes. I think that Lisa Bevere says this better than anyone I have read –

We were created uniquely, with love from a God who knows us well. Our bodies were beautifully made to bring new life to this earth. This is not something to worship, but something to celebrate. As female humans our design is unique, and everything points to a creator, not an accident of nature. Our uniqueness can be celebrated. Each one of us in this world has a wonderful mixture of things that make us different and a part of this world. We are as unique as our fingerprints, handmade by God. The awesomeness of God creativity in making us is to be celebrated.

For those of us that do have freedom to celebrate, there are those that lack freedom and have to live in that life daily. They have very little voice, no freedom, no future and no hope. Our freedoms should allow us to speak strongly against the suffering of those that have no freedom.

If you were to get every free woman to speak, we would all be so different in what problems we would like to solve. Some would want laws changed worldwide, others would say it was the fault of man driven society and want to deal with men, some would think that we need to change street signs or wages or burn bras. I am not mocking, I am saying that there is more, much more. This will not change the hearts of men and women.

Moses, when facing Pharaoh said these words. “This is what the LORD, the God of Israel, says: Let my people go..” Ex 5:1 (NLT)

The Israelite people were slaves with no freedoms, human rights, or hope. God brought them physically out of Egypt then took them to where he could spiritually set them free.

To the world I will say this – “let these (enslaved and broken) women go.”

We have many organisations that work in the areas that work in releasing women out of enslavement and giving them a new life of hope and change. (Below will be a list of ones that I know. Feel free to write in the comments and add more.) Get behind these organisations. Find Christian Politicians or upright leaders in our community – speak to them, pray for them. Expect resistance.

Look in your own community, find ways to help others.

Ask God for forgiveness for our apathy, our selfishness, and our ignorance. Ask God to give us one heart for each other and for Him. Now pray for those in the front line. Pray for women everywhere to hear about Christ and the love, dignity and hope that He gives to “womankind”. Thank God for the men in our community who fight for our freedoms as women and who protect us. Thank God for the husbands who allow us to be ourselves, as God made us.

Remember that we have sons who are growing up with beliefs being place upon them through every possible means. Pray for our sons.

Pray for our daughters, that they will have strength and wisdom.

A few years ago, the Lord asked me to write these words down, it became part of the first chapter of my book, I want to share it with you –

“All the days are numbered because these days are so evil (so short). My Spirit is challenging many in their faith and walk. I will call many unto Me and they will hear. I will call mothers, sisters, aunts, the poor, the weak and the alone. I will give them My voice and it will be like a rabble in this land.

My voice will be heard. Many will hear, but they will be heard by few. Woman will speak to woman, mother to child, sister to sister. Encouragement will be on their lips, strength in their hearts. They will be a quiet and strong army.

I am calling women of all ages unto Me. I am calling them away from their labours and from their work.  This requires sacrifice. Their hearts will be changed.”