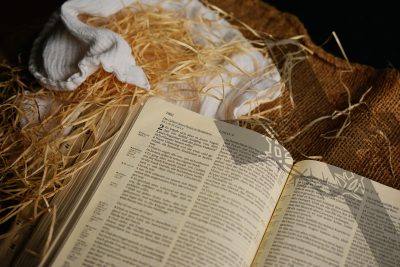 This past week I have been watching people as they feverishly attempt to gather things in preparation for Christmas. It seems that only at Christmastime do you see so much stress and distress caused by the celebrations of one day.

The tension seems to fill the air and everyone is searching for something on the shelves of their chosen store, filling their bags with goodies, and hastily paying for their new prized possession. Trolley seemed to be filled to the brim, and the music seems to have a repetitive tone. For the lack of joy, one would wonder if the reason for Christmas is forgotten.

Then there are those with little…

Yesterday, I watched an elderly woman’s face as she paid for a ham and the few meagre groceries that seemed to be basic grocery items. Over the speakers in the store came the familiar strains of “we wish you a merry Christmas” and she glowed like a Christmas tree. She looked happy, seemed at peace and happily chirped to customers around her and the staff that served her.

Another scene crosses my mind from yesterday, an elderly man sat in his own thoughts outside the grocery store. He looked tired and lonely and very unhappy. I smiled at him and he looked away. Later when I came out, he was gone. As I got into my car, I noticed the car beside me – along with many other things. A towel and clothing hung over the back seat. A pillow and blanket on the front seat. There was rubbish on the floor and a very strange smell coming from the open window … and the elderly man munching on an open bag of bread. I realised he lived in the car. He glared at me defiantly, but I said hallo anyway. I heard a curse come floating through the air as I closed the door of my car. I sighed and I wondered if he had any family or if his family knew where he was any more.

Early this morning I saw a young man looking desperately for cigarettes on the ground. His frustration grew as he found none. My heart broke because he actually looked like he needed some food, yet a cigarette was probably easier to find than food at that time of the morning. I had not seen him around town before. Was he one of our new homeless?

I have been talking to God a lot lately because I have been feeling a great sense of frustration. I watch as a something that God gave to me as a passion, passes a second Christmas without being completed. The sheer length of time that it takes to set up such a project, along with government paperwork and rigmarole, is frustrating and long winded. The last couple of months, I have been wading through rubbish bins, early hours in the morning, to find drink cans and bottles to take them to recycling outlets. This is the way I can raise money for the insurance when we do get started. I often feel the tears prickle as I see the hungry, lonely and vulnerable, knowing that I could have helped some. This journey has placed me in a pensive mood for a while, the sense of giving is so strong.

I find myself sitting back this year. I have not done anything for any Christmas celebrations. It seems the older I get, the less I like what Christmas has become. I find myself missing friends, longing for conversation, loving the time I have with family and talking to God.

I want people to be ok. You know, I want them to seek something that will give them hope and purpose for life.

Years ago, I watched a young mum desperately search through a discounted bin in a shop trying to find some toys. She found a broken one and hesitantly put it aside and then looked again. A baby, about 2 years old, started to cry in the stroller beside her and distressed she turned aside from her rummaging to rock him back to sleep. As she hushed her baby, I saw the tears form and she bit her lip hard. Suddenly she turned quickly and walked out of the shop.

This young woman was me, and it was a week before Christmas. I was a single mum with a 4-year-old and a two-year-old. With the money I had to last me 2 weeks, I had paid my fortnightly mortgage payment, bought food, paid my bills and I had enough money to either put fuel in the car or buy some presents to give to my children. I was in the shop trying to see if I could do both with the little money left.

The fortnight before I had spent about a week eating what was left over from my children’s plates to feed myself. I was sick of it… sick of wondering if my children would have enough. This did not make me desperate, it made me angry.

I knew I was angry. I could feel it. The thoughts in my head were eating me up on the inside. I needed above all of this anger to find a peace and be right with where I was. I was unhappy, discontent and miserable. To be poor was one thing, but to be poor inside was another thing. The anger was making me desperate and agitated. I knew that I needed to change my heart. I walking out of the shop because I was feeling sorry for myself, but it gave me time to think.

That night my eldest had an asthma attack so bad that he was taken by ambulance to the hospital. My youngest, while we were there, had another one of his nightly stomach migraines. He arched his back, screaming, while waving his arms and hitting everyone in pain. The nurse helped me hold him until the pain medication took hold. My eldest gasped at me from the bed that he was scared, I felt the same. I held him as he fell asleep, and sat weeping for a long while, while my youngest slept on my lap. My children’s lives were the most important thing to me.

Over the next few days, I found that God cleared my head and changed my thinking. The first thing was what happened inside. I had lost joy, peace and love… and most of all hope. Did I really believe that God gave His son to give me life? I could only be happy with my life if I accepted it warts and all. This could only happen if I forgave, because unforgiveness had crept into my heart and was destroying me.

From this act of forgiveness,  I not only received joy, peace and hope – but excitement too.

Christmas was not about toys or things. Children loved Christmas just because it is. It was me that wanted it to be something it should not be. So, with a change of heart and attitude, I did a toy swap with another single mum. I took some things that I no longer needed to a second-hand place and sold them. With that money I bought one nice gift each. I remembered that I had some wrapping paper somewhere that was red and I had enough to wrap the purchased and swapped gifts. I remembered that the last lot of birthday candles, I had purchased months ago, had some green and red candles in pack and set them up in candle holders to light Christmas Eve.

But the thing that made that Christmas different is this…. I was excited about celebrating what God had done, and why I even celebrated Christmas in the first place. Inside I was content and at peace. I didn’t need what I thought, I had what I needed.

As I said before – I want people to be ok. I want them to seek something that will give them heart and purpose. It is never about what we want, but what we need. For me that something was a change of heart, a new outlook on life and forgiving my past, and knowing I could go forward – whatever that life gave me.

People think that life is the momentary seconds in which they live.

No, we live with a past, pass through the present and live for our future.

People think that Christmas is about getting gifts and food.

No, it is about giving…especially the One who was given.

People think that they are to surrounded by lots of people and laughter.

No, this does not fill what you really need – love.

Hope and purpose are not based on what we think we should have or the things we have. So many people do not have family, and do not have money. If we think that, money and people and what feels good for a moment, is having hope and purpose for living. Discontentment breeds more discontentment. Unhappiness thrives without joy. Anger lashes out at others and bitterness is a poisonous fruit.

I thought about the three people from yesterday and today. One was happy with what she had, one was angry at a smile and lashing out, and one was looking for what he craved and not what he needed. Because of the journey I am in, wanted to give them more. This scripture came to mind…

Now a man who was lame from birth was being carried to the temple gate called Beautiful, where he was put every day to beg from those going into the temple courts. When he saw Peter and John about to enter, he asked them for money. Peter looked straight at him, as did John. Then Peter said, “Look at us!” So the man gave them his attention, expecting to get something from them. Then Peter said, “Silver or gold I do not have, but what I do have I give you. In the name of Jesus Christ of Nazareth, walk.” Taking him by the right hand, he helped him up, and instantly the man’s feet and ankles became strong.

Money would have only given this beggar enough to live until he needed some more. Momentary things only fixes momentarily.

People often seem to need something, but the thing they are asking for is not what they need. People at Christmas all say they need more time and money. The cry of their heart is actually for peace, and someone who cares about them and loves them.  Yet, if we are compelled to give money to someone in any way, as we can do this – then do that.

Reading this story, I have thought of the times over the years when I have begged. I have often asked God to change something in my life, so that my life would be easier, what He gave me instead is the strength to go on. Then other times He sent someone who gave, but leaving me in the same situation still.

This Christmas, can you ask God to change you, so that you can change the world you live.

Not every life can be touched, but you can by all means touch the lives of some.