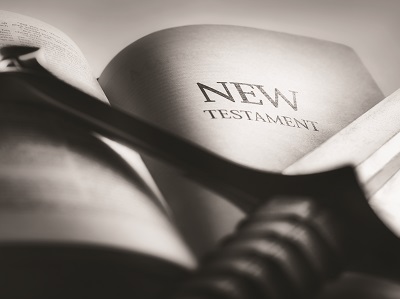 Often while I am praying God reminds me of the promises He has given me, and why He gave them to me. Two weeks ago He reminded me again.

About 6 months ago, I was going through a particularly difficult part of a three-year battle. I was tired and exhausted and I was certainly not in a confident place. God reminded that He needed me to remember both His word and His personal promises to me.

Some beautiful friends  had come over to visit, and after hearing my weariness and discouragement, sat down and prayed for me.  They specifically asked God to set a time and place for the end to the battle I was going through. I could feel my Spirit lift as the renewed peace flowed through me. My mind cleared of the earlier discouragement, and suddenly a vision suddenly became so clear, I could have open my eyes and still seen it imprinted on my brain.  I can I still see it, even while writing this.

God gave me a picture of me, I was on my knees and in full military battle gear. The sword that I had once used to fight the battle was on the ground in front of me and there was this figure of a person was standing over me with his sword to my chest. I was looking up at him and not moving. And suddenly the understanding came to me that I could easily take up my sword again, or I could let the enemy win by surrendering and giving up.

Before taking on this battle some 3 years before I had specifically asked God what I should do. He had said that He had given me this battle and that I was to do this. Many times he gave me different parts of the promise. Mostly with visions, but all the time with scriptures from His word, and once with a text message from a friend who had no idea that God had just given her the answer to my prayer that morning. I queried God long and hard about taking on this battle, because I really…really… did not want to take it on.

A short while later, another battle started. I asked God and He showed me that He had placed a fire in me…right in the centre of my chest.

BUT… yes…but…  in all fairness to me, God had not warned me that the battle was going to be SO long. Or so hard. Or that there would be two at the same time.

Oh.. and He didn’t say that I would be at the front of the battle fighting it without any experience in the fight.

Mmmm… ok .. He did, actually. I had just forgotten. He had told me that He would train me.

He trains my hands for battle;  my arms can bend a bow of bronze.
You make your saving help my shield, and your right hand sustains me;
your help has made me great.

He didn’t tell me that the battle had an intrusive nature that spreads into every moment of my life. But battles have a habit of doing that, don’t they?

Six months ago, when that vision was so forcefully in front of me, I could see two things… I could give up, or go on. In this time of discouragement and overall body and mind exhaustion, I had completely forgotten every promise God had given me. It was a rude awakening indeed. I was so weary that I considered the alternative for a second (gasp), but only for a second. I felt in the second that took up the promises in my mind, that the sword was back in my hand.

This last two weeks, God used this vision to remind me that I need to stay focused despite of the weariness that the battle has bought again.

In the midst of this three-year battle, I am still a wife and mother…and author and speaker. Yet, I find that God often parts the way and allows everything to just fit into place.

Not this last few weeks.

Everything has piled on top of everything else, and there has been no letup of people needing me for something. My children were home too, on holidays. Their need for my parenting, my cooking and my company had been weighing heavily indeed. Even my community work was constant, sometimes people contacting me up to three times a day.

There was one other thing that happened in the middle of it. Someone I am very close to, decided that they wanted to give up on our relationship and it was because of something that I had no control over. That night in tears I asked God what I should do. I felt that the battle I was in was too big, how could I take on one more fight, and was the relationship worth the fight. God promised me that it was, and he asked me to turn to a certain page in a certain book… this is what I read –

“Don’t engage in relational battles and drain your strength trying to prove your point, win your way, or defend yourself…” (Page 94) “His Princess Warrior” by Sheri Rose Shepherd

See, this is the thing that is hard for me. I am not a fighter. I hate conflict and I would rather peace. One day, years ago, God gave me a specific scripture, when I opened up the bible at the verse this is what it read…

I am tired of living among people who hate peace. I search for peace; but when I speak of peace, they want war! Psalm 120: 6 and 7

That was me!! I want peace, but every time I speak peace, they want war. My personality does not like war, I LOVE peace. To be in a constant state of war is not me. I find it wearing and difficult.

BUT. But. I also don’t like leave conflict undealt with. I am always trying to resolve conflicts. Because I love peace, I hate to see conflict.

There are some things that we need to leave alone, especially if God tells us not to engage. I have had many times where God has told me not to engage a battle or enter into a conflict. I must be obedient to this.

This last two weeks God promises are clearly in my mind. I have cried a lot, despaired a lot and have reached a point of utter exhaustion. But God has provided, He has lifted up my weary hands and spoken time and time again. Even a surprise gift in the last few days to allow me some time alone to pull my thoughts together and rest.

I was once asked why I saw what I am going through as a battle.  The question was asked kindly and I saw it as the person asking me what I saw in the very words “battle”.

The type of battle that I am going through is a conflict and a struggle. The dictionary says that a battle is both a conflict and a struggle. The conflict is not going away on its own, and the struggles that come with it are not detached from the conflict. Every time I ask God about this that I am in He always shown me in battle clothes. If I could do this without the fight, I would.

I understand the desire not to fight.

You may be in the fight of your life right now, without any ability to make the decision of whether you fight or not. It may be a failing marriage, it may be the death of a loved one, or even the loss of everything that you hold dear. It could be cancer, or failing health.

You may be a young pastor of a new church, or maybe your ministry with others and the needs of others now holds a new level of intensity or commitment.

Whatever your battle is – stand on what He originally promised you, or ask God to give you an understanding what His promise is to you right now. Then, stand with that promise in your hand and move forward. Do not stop the fight until your work is done. Do not give in to weariness and discouragment.

May God be with you always in everything you do, may He strengthen you and uphold you, may His promises renew your mind and give you a steadiness of heart and mind. Be blessed